Neoehrlichiosis is caused by the pathogenic microorganism Candidatus Neoehrlichia mikurensis, which was identified in 2004 in mice from the Japanese island of Mikura. It is a Gram-negative intracellular bacterium belonging to the family Anaplasmataceae, just like Anaplasma (Ehrlichia) phagocytophilum, which causes human ehrlichiosis. Candidatus Neoehrlichia mikurensis is present in rodents, from which ticks transmit the pathogen to larger mammals including humans. The prevalence of infected ticks in Europe varies between 0.1-24.3%, with the highest incidence in Central Europe.

Incidence of neoehrlichiosis in the Czech Republic

From the samples analyzed in the Protean s.r.o. laboratory in 2018 was almost 6 % of ticks Candidatus Neoehrlichia mikurensis positive.

In peer-reviewed literature, the reported incidence is between 0.8-11.6%.

This disease was only discovered in 2010 and is particulary dangerous for people with various degrees of immunological deficiency - patients with autoimmune diseases, hematopoietic disorders, oncological patients, patients without the spleen or during transplantation recovery. Neoehrlichiosis was also reported in healthy individuals. One such case even ended with the death of the patient. The danger of neoehrlichiosis is that if not correctly diagnosed it can be mistaken for a hematological or autoimmune disease, or an unrelated cardiovascular event, and treated incorrectly (e.g., corticosteroid or even chemotherapy treatment). 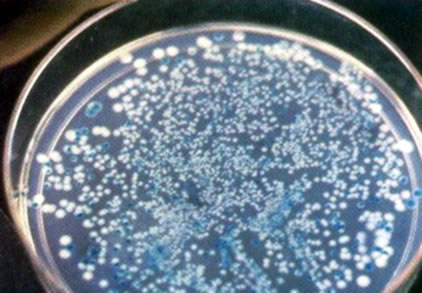 A common symptom of neoehrlichiosis are chills with a high and recurring fever. Other symptoms can include migratory muscle pain, joint pain, headache, nausea, neck stiffness. Patients have heavily elevated CRP levels.

However, the most serious symptoms are vascular and thromboembolic events that are not commonly associated with bacterial infection, but are characteristic of neoehrlichiosis. C. Neoehrlichia mikurensis attacks endothelial cells and causes inflammation of the vascular lining, which is associated with embolism.

The only reliable diagnostic means for detecting this pathogen is by PCR. C. Neoherlichia mikurensis was detected in blood and bone marrow but not in cerebrospinal fluid. So far there are no reliable serological tests.

Complications associated with neoehrlichiosis may occur in hospitalized patients with a serious illness, such as lymphatic leukemia or other autoimmune diseases where standard tests do not reveal a true bacterial infection. These patients may be inadequately treated with immunosuppressive or chemotherapeutic agents, which does not lead to healing but, on the contrary, to worsening of their condition.

Prevalence of pathogens in ticks were assembled based on ticks analyzed in Protean s.r.o. laboratories.